Joseph Conrad (born Józef Teodor Konrad Korzeniowski, ; 3 December 1857 – 3 August 1924) was a Polish-British novelist and short story writer.—the double man."}} He is regarded as one of the greatest writers in the English language; though he did not speak English fluently until his twenties, he came to be regarded a master prose stylist who brought a non-English sensibility into English literature. Cf. Zdzisław Najder's similar observation: "He was [...] an English writer who grew up in other linguistic and cultural environments. His work can be seen as located in the borderland of auto-translation."}} He wrote novels and stories, many in nautical settings, that depict crises of human individuality in the midst of what he saw as an indifferent, inscrutable and amoral world.}}

Conrad is considered a literary impressionist by some and an early modernist by others,}} though his works also contain elements of 19th-century realism. His narrative style and anti-heroic characters, as in ''Lord Jim'', for example, have influenced numerous authors. Many dramatic films have been adapted from and inspired by his works. Numerous writers and critics have commented that his fictional works, written largely in the first two decades of the 20th century, seem to have anticipated later world events. V. S. Naipaul writes: "Conrad's value to me is that he is someone who sixty to seventy years ago meditated on my world, a world I recognize today. I feel this about no other writer of the [20th] century." Maya Jasanoff, drawing analogies between events in Conrad's fictions and 21st-century world events, writes: "Conrad's pen was like a magic wand, conjuring the spirits of the future." Adam Hochschild makes the same point about Conrad's seeming prescience in ''his'' review of Maya Jasanoff's ''The Dawn Watch'' Hochschild also notes: "It is startling... how seldom [in the late 19th century and the first decade of the 20th century, European imperialism in South America, Africa, and Asia] appear[ed] in the work of the era's European writers." Conrad was a notable exception.}}

Writing near the peak of the British Empire, Conrad drew on the national experiences of his native Poland—during nearly all his life, parceled out among three occupying empires}}—and on his own experiences in the French and British merchant navies, to create short stories and novels that reflect aspects of a European-dominated world—including imperialism and colonialism—and that profoundly explore the human psyche. Postcolonial analysis of Conrad's work has stimulated substantial debate; in 1975, author Chinua Achebe published an article denouncing ''Heart of Darkness'' as racist and dehumanising, whereas other scholars, including Adam Hochschild and Peter Edgerly Firchow, have rebutted Achebe's view. Provided by Wikipedia
Showing 1 - 9 results of 9 for search 'Conrad, Joseph 1857-1924', query time: 0.01s Refine Results
1 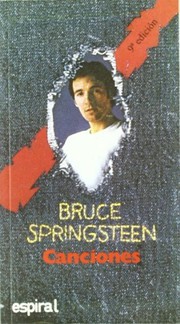