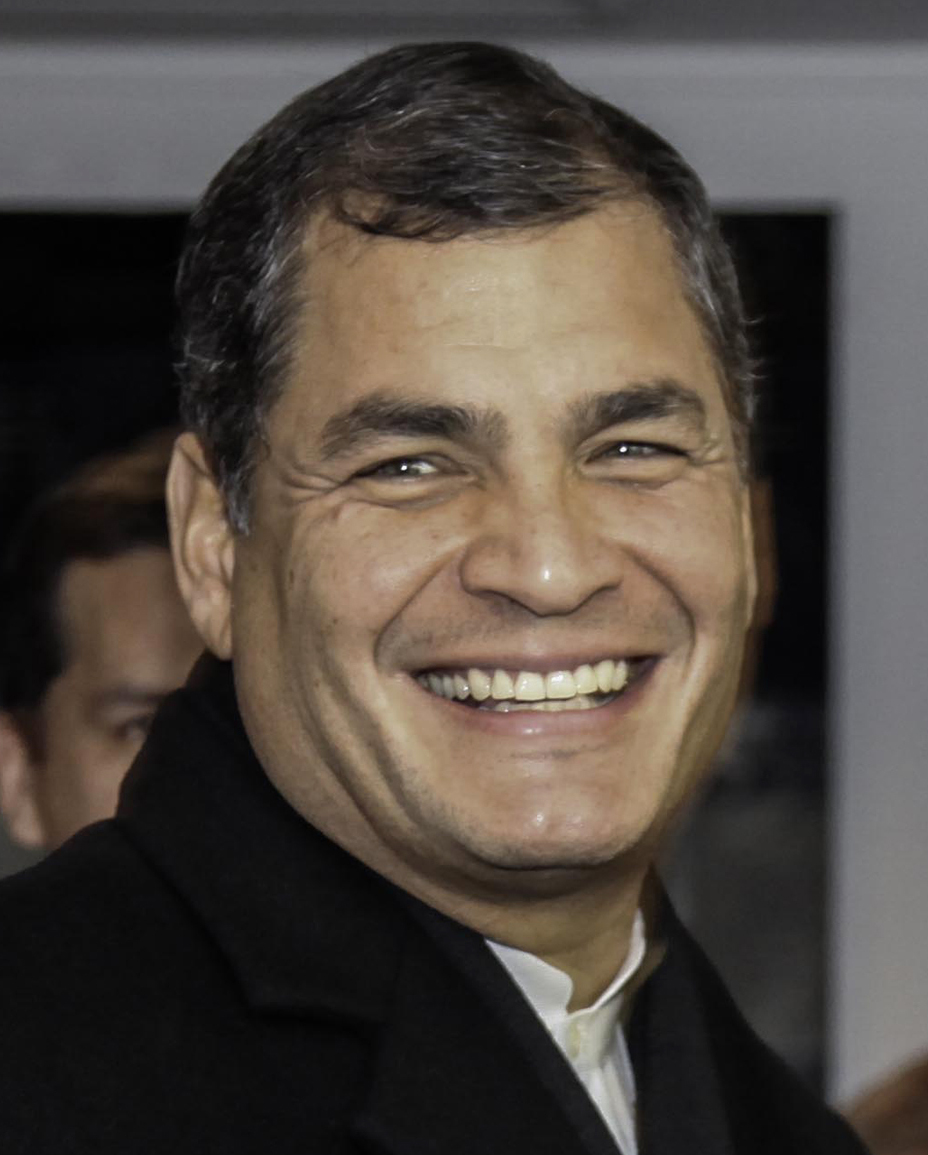 Rafael Vicente Correa Delgado (; born 6 April 1963) is an Ecuadorian politician and economist who served as President of Ecuador from 2007 to 2017. The leader of the PAIS Alliance political movement from its foundation until 2017, Correa is a democratic socialist and his administration focused on the implementation of left-wing policies. Internationally, he served as president ''pro tempore'' of the UNASUR.

Born to a lower middle-class mestizo family in Guayaquil, Correa studied economics at the Universidad Católica de Santiago de Guayaquil, the University of Louvain (UCLouvain), and the University of Illinois, where he received his PhD. Returning to Ecuador, in 2005 he became the Minister for the Economy under President Alfredo Palacio, successfully lobbying Congress for increased spending on health and education projects.

Correa won the presidency in the 2006 general election on a platform criticizing the established political elites. Taking office in January 2007, he sought to move away from Ecuador's neoliberal economic model by reducing the influence of the World Bank and International Monetary Fund. He oversaw the introduction of a new constitution, being re-elected in 2009 and again in the 2013 general election.

Correa's presidency was part of the Latin American pink tide, a turn toward leftist governments in the region, allying himself with Hugo Chávez's Venezuela and bringing Ecuador into the Bolivarian Alliance for the Americas in June 2009. Using its own form of 21st century socialism, Correa's administration increased government spending, reducing poverty, raising the minimum wage and increasing the standard of living in Ecuador. Between 2006 and 2016, poverty decreased from 36.7% to 22.5% and annual per capita GDP growth was 1.5 percent (as compared to 0.6 percent over the prior two decades). At the same time, economic inequality, as measured by the Gini coefficient, decreased from 0.55 to 0.47. By the end of Correa's tenure, the 50% drop in the price of oil since 2014 had caused Ecuador's economy to enter a recession, resulting in government spending being slashed.

On 3 July 2018, a judge in Ecuador ordered a warrant for the arrest of Correa after he failed to appear in court during a trial surrounding the kidnapping of his political opponent Fernando Balda. Correa, who lived in Belgium at the time, denied the allegations regarding the kidnapping. In July 2018 Interpol rejected an Ecuador-issued arrest warrant and called it "obviously a political matter." In April 2020 the Criminal Court of the National Court of Justice found the former president guilty of aggravated passive bribery in the Caso Sobornos 2012-2016. He was sentenced in absentia to 8 years in prison. Provided by Wikipedia
Showing 1 - 2 results of 2 for search 'Correa, Rafael', query time: 0.01s Refine Results
1