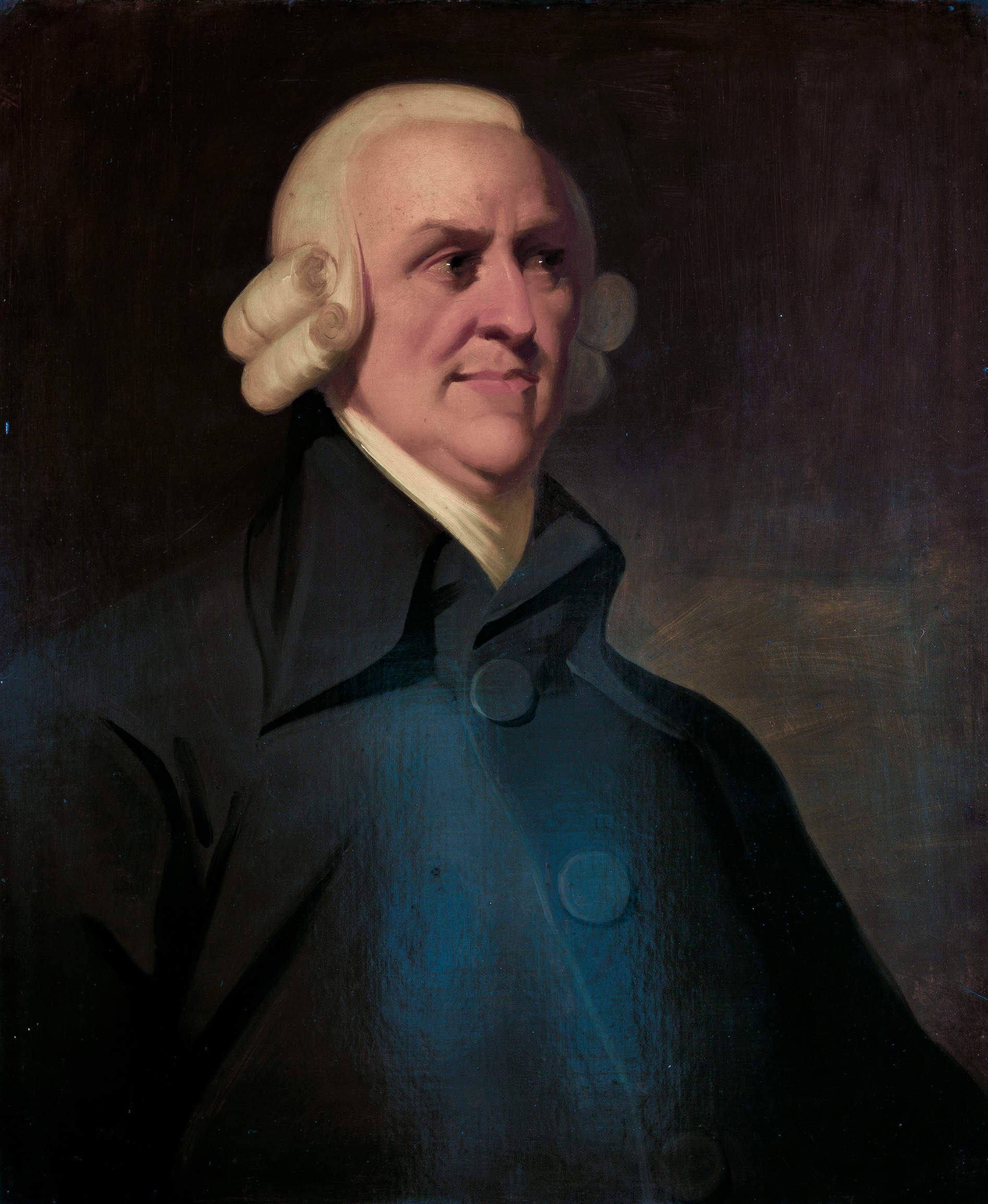 Adam Smith (baptized 1723 – 17 July 1790) was a Scottish|name=note|group=}} economist and philosopher who was a pioneer of political economy and key figure during the Scottish Enlightenment. Also known as "The Father of Economics" or "The Father of Capitalism", he wrote two classic works, ''The Theory of Moral Sentiments'' (1759) and ''An Inquiry into the Nature and Causes of the Wealth of Nations'' (1776). The latter, often abbreviated as ''The Wealth of Nations'', is considered his ''magnum opus'' and the first modern work of economics. In his work, Smith introduced his theory of absolute advantage.

Smith studied social philosophy at the University of Glasgow and at Balliol College, Oxford, where he was one of the first students to benefit from scholarships set up by fellow Scot John Snell. After graduating, he delivered a successful series of public lectures at the University of Edinburgh, leading him to collaborate with David Hume during the Scottish Enlightenment. Smith obtained a professorship at Glasgow, teaching moral philosophy and during this time, wrote and published ''The Theory of Moral Sentiments''. In his later life, he took a tutoring position that allowed him to travel throughout Europe, where he met other intellectual leaders of his day.

Smith laid the foundations of classical free market economic theory. ''The Wealth of Nations'' was a precursor to the modern academic discipline of economics. In this and other works, he developed the concept of division of labour and expounded upon how rational self-interest and competition can lead to economic prosperity. Smith was controversial in his own day and his general approach and writing style were often satirised by writers such as Horace Walpole. Provided by Wikipedia
Showing 1 - 15 results of 15 for search 'Smith, Adam ', query time: 0.01s Refine Results
1